Learn the best months to visit Thailand, as well as trusted facts about the weather, prices and features of local resorts meticulously sourced by us for your personal convenience. In this article, we lift the proverbial curtain on every question you might encounter when you plan your trip to Thailand: When do hot and cool seasons start? Is there a big difference in weather conditions between seasons? Let’s dive into unique climate characteristics of this tropical paradise! 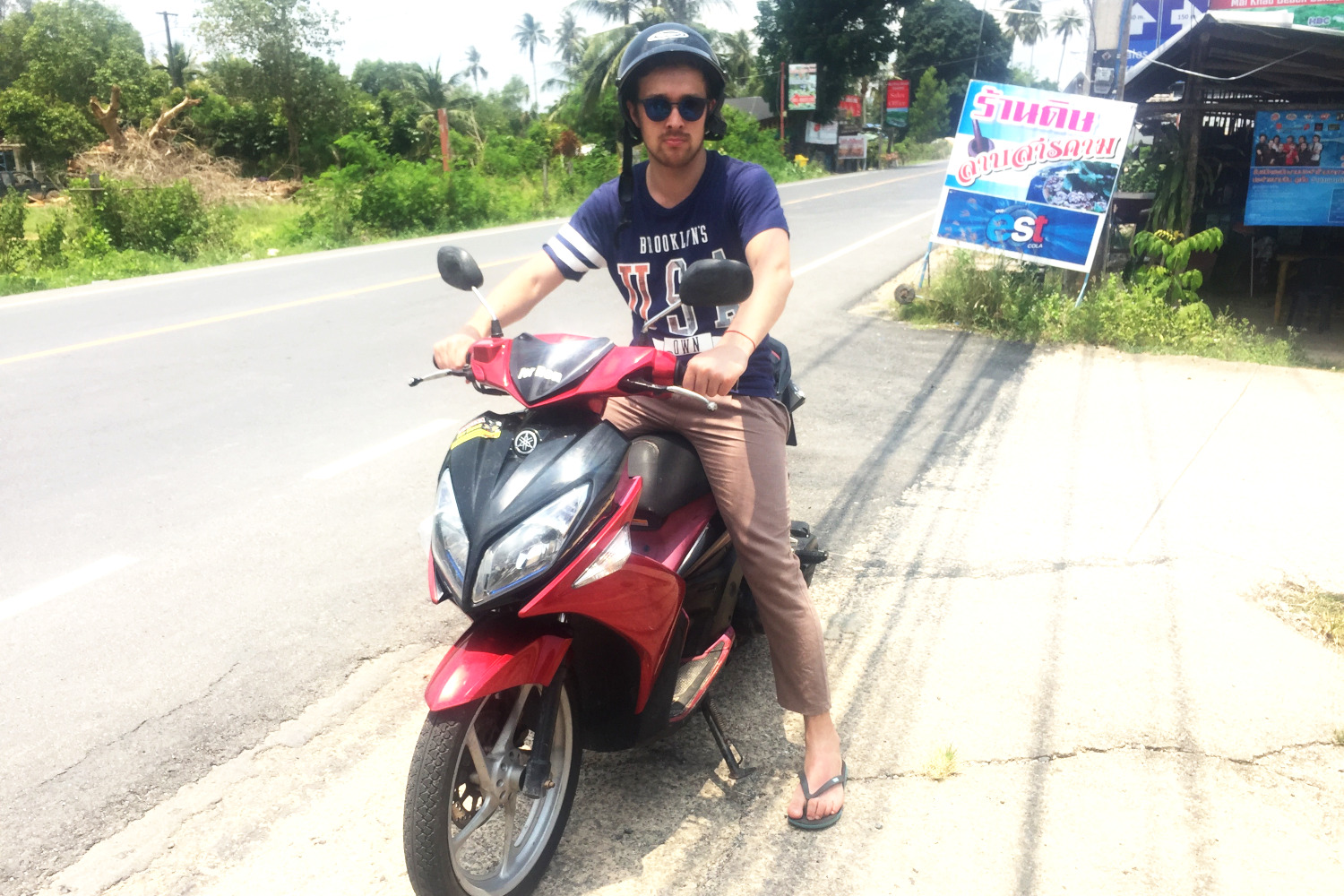 Tourist season in Thailand is year-round. However, different parts of the country experience seasons in their own ways, thus prompting you to do a little research on a particular area you’re planning to visit. We’re here to help you with that!

A trip for two to Thailand in Winter ’23–’24 may cost around $1500–$1700 for 10 nights, including flights and 3* B&B stays. Now that you have a budget in mind, which Thailand region should you choose to catch some much-needed sun?

When is the Best Month to Fly to Thailand?

Peak beach season in Thailand varies from place to place. In December, bright sun and clear skies give you just the right amount of vitamin D in Phuket, while Koh Samui region provides you with a substantial chance of getting absolutely soaked by heavy rain during this same month. In April, you might be late for hot season on the Andaman Sea but just in time for some sun if you’re in Pattaya, the Gulf of Thailand.

We discuss climate of different Thai resorts later on in the article, but keep the basics in mind:

Although high season in Thailand starts in late fall, summer is still a good idea to visit Thai resorts. April, May and late November–early December are the best months to catch hot season in Thailand and enjoy affordable prices. Tourists who favor the all-inclusive experience leave Thai resorts when rainy season starts. Budget-conscious travelers, however, still continue to come. They may be the savviest of us all, or maybe they are just chasing discounts while trying to enjoy the cheapest months in Thailand.

Rainy season in Thailand is really a gift, as accommodation is much cheaper—the price for 2 guests for 10 nights at a 3-star B&B decreases from an average of $300 in January to $250 in May. Unfortunately, flights can’t be that cheap given the long distances to Thailand, but during low season even airplane tickets get easier on the pocket: a roundtrip ticket New York (JFK)–Bangkok is $520.

Our advice is not to risk your comfortable vacation no matter how big the discounts—choose either the beginning or the end of low season—April, May and late October.

Overall, is it a good idea to visit Thailand in the off-season? We can say yes, a hundred percent, as we visited the country in May:

When is the Rainy Season in Thailand? 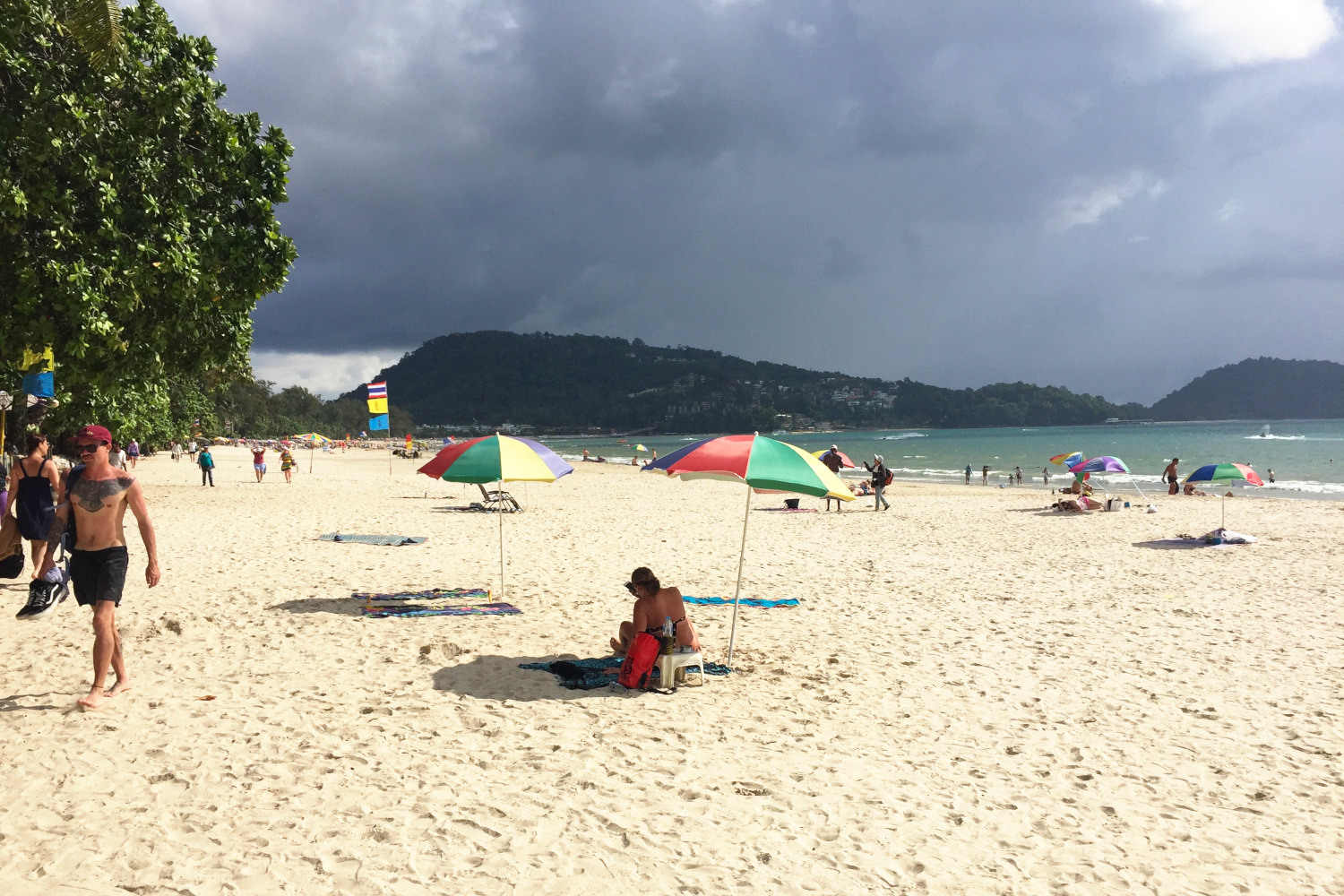 During rainy season, monthly rainfall at different Thai resorts varies a lot, so even during that time it is possible to enjoy a beach vacation.

You may wonder why rainy season in Thailand differs in each region. This happens due to monsoon winds merging with pre-existing micro-climates of any given area, which respond differently to the changes. Various Thailand locations are affected by winds in drastically contrasting ways, with Krabi and Phuket being affected by wind conditions of the Andaman sea and Pattaya and Koh Samui influenced by the Gulf of Thailand.

The challenge with this timeframe is that traditional seasons of rain and drought have become unpredictable here in Thailand. During our visit in January (dry season), we had rain for nine days, while in May (rainy season), we had only three rainy days. The rain usually lasts for about half an hour in the daytime, but can also pour for two hours at night. Generally, the temperature outside is quite comfortable during wet season, though high humidity levels can (and do) affect it in a negative way.

Seasons in Popular Regions in Thailand

Check the table below to explore Thailand’s weather seasons on different resorts and islands (remember the weather might be unpredictable here).

Phuket has rightfully been referred to as the most popular Thai tourist destination, and for good reasons! There is no better beach resort, with hot season lasting from November until March (shortly pausing for a few rainy months).

April and May are the hottest months, but they are still OK for your journey. Late spring brings rainy season, when Phuket becomes less crowded. High winds and incredibly choppy waters may disappoint beach lovers at this time, but surfers happily open the surf season. Late October welcomes best season for swimming and makes Phuket the most visited Thai location.

Pattaya is located in the bay of the Siam Gulf. The location makes for a never-ending tourist season as monsoons are quite rare here.

Pattaya is the center of sightseeing routes and entertaining attractions like go-go bars, night discos, Thai massage parlors and 18+ only shows. It has great beach season too, of course, the longest compared to other resorts. Due to its geographical location, summer in Pattaya is very dry, with only brief rains.

Tourist season here lasts from November through mid-August. Summer is quite dry and warm, making June–August a good time to visit. What’s interesting is that there are periods when it is really cold here! A few years ago, the temperature dropped to 59°F in January! That’s what we mean when we say weather in Thailand can be unpredictable.

January through late September are the best times to visit Koh Samui, located in the Gulf of Thailand. Go there in October, though, and you’ll be soaked!

January in the area signifies the end of constant rainfall, and in February Koh Samui becomes a heaven on earth. Spring here is not only about reasonable prices—it offers plenty of exotic fruits as well. Mango season starts in April, and May is rich in mangosteen, rambutan and other unusual fruits grown only in Koh Samui.

Weather in Thailand by Month 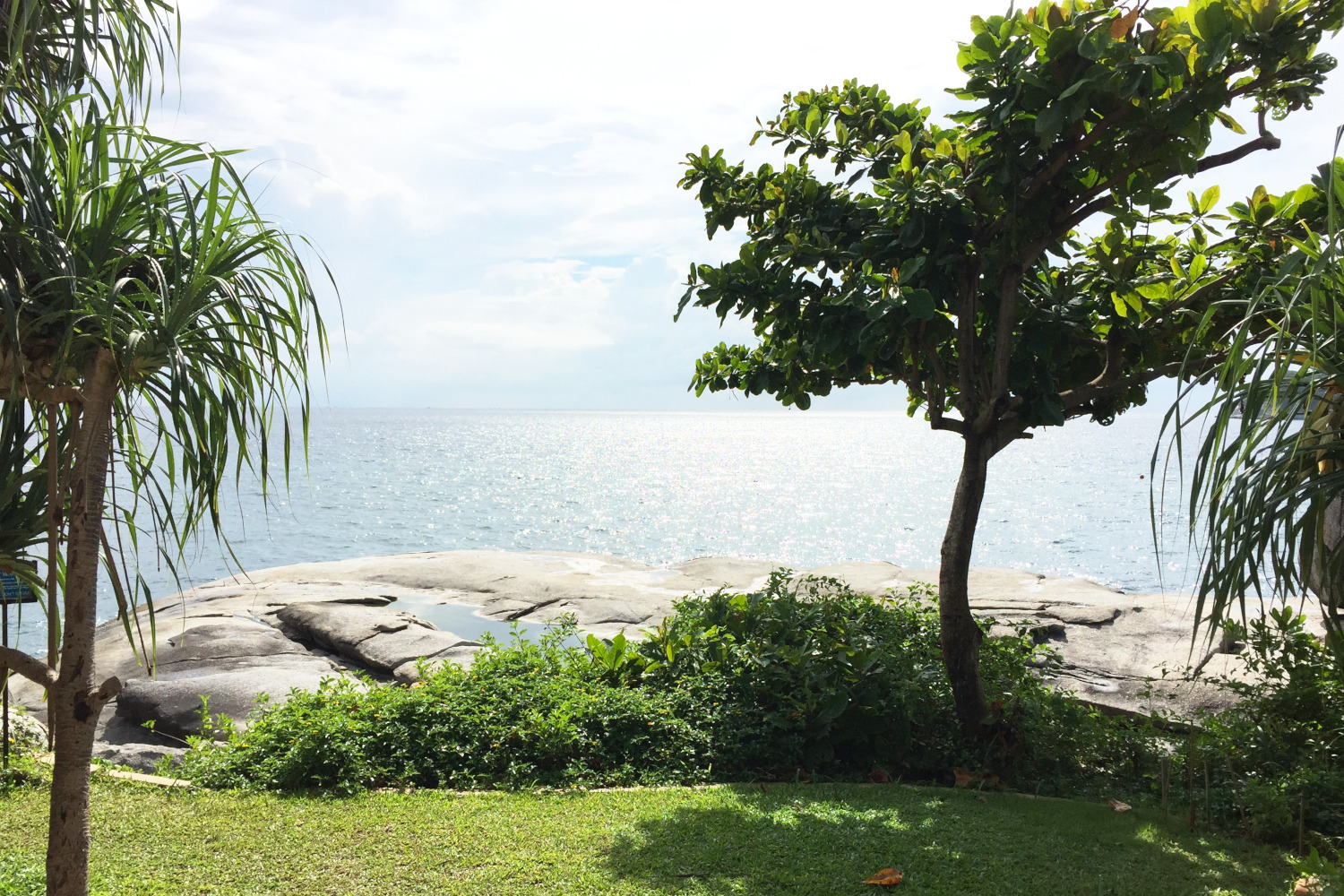 Now that we’ve given you the general idea of what Thailand’s hot, wet, and cool looks and feels like, let’s break it down even further in our monthly reports. As a rule of thumb, temperatures may vary slightly, while still not veering too far out of the given constraints.

Tourists often compare winter in Thailand to paradise. The coldest months in Europe coincide with peak beach season in Thailand, when the weather is nice and warm, experiencing almost zero rain. Calm, clear seas are warming up to 80°F (+27°C).

Winter is a high season in Thailand, with the peak best time to visit falling somewhere between late December and early January.

Spring in Thailand (March, April, May)

Thailand in spring attracts tourists by affordable prices and a great variety of fruits. The weather is good both for beach hangs and active excursions. The water temperature is about 86°F (+30°C).

March is peak season, and April is characterized as one of the wettest and hottest months.

The summer months are absolutely great for surfing enthusiasts. Surfers from all over the globe come to Thailand during this time as prices are quite reasonable. Summer is also kind to beach lovers, with plenty of sunny days. The water temperature is about 84°F (+29°C).

The sea is quite restless though, and the weather is mercurial at best: tropical showers alternate with hot blazing sun. 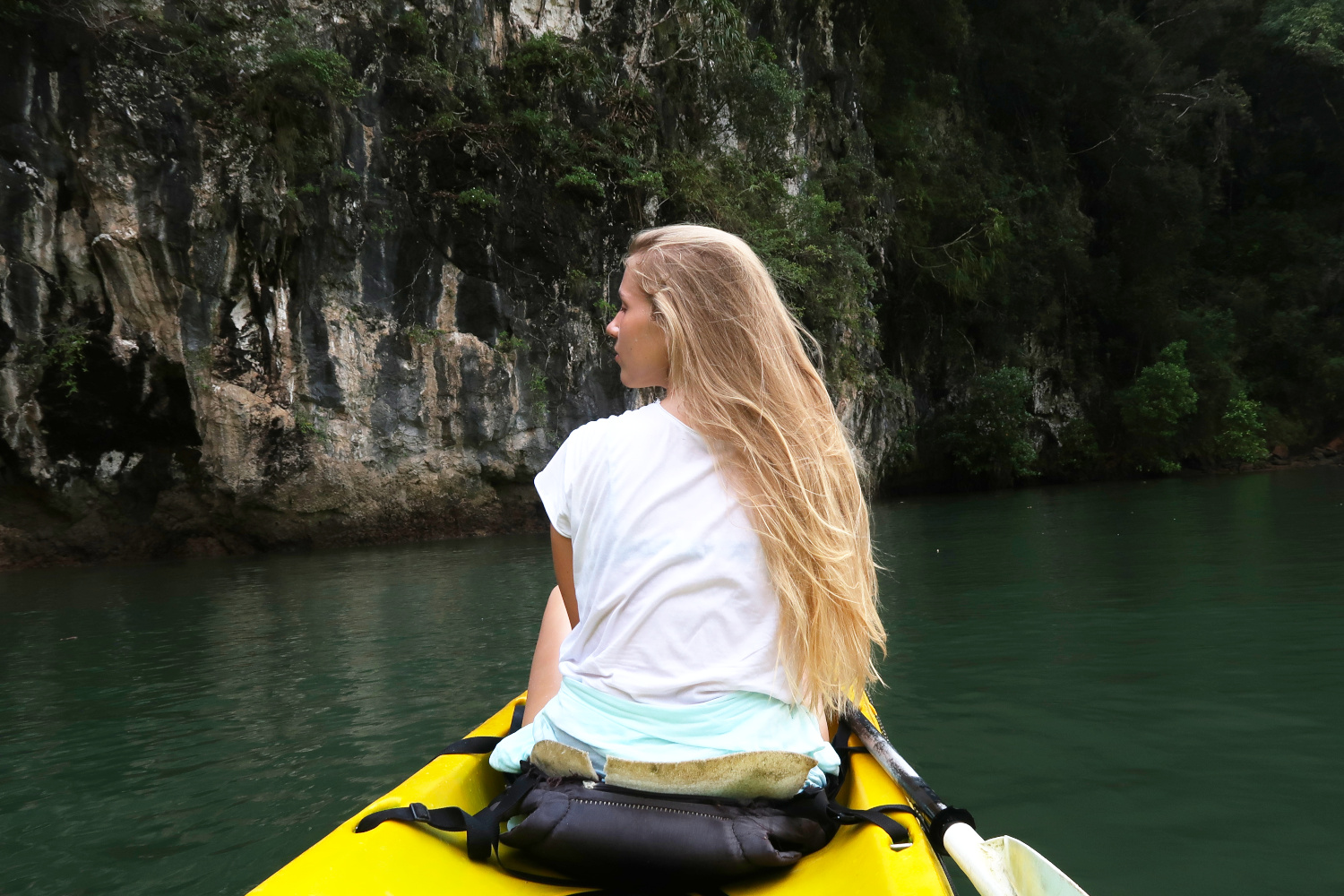 During fall, the weather is not very kind, but nevertheless it is still attractive to tourists. The water temperature is about 82°F (+28°C).

Indian summer comes in the late fall, which means your trip will be much more expensive. To save money, try to organize your journey at the end of October–early November.

To sum up our findings, choose Thailand’s high season if it’s your first time coming here. This way, even if you do spend a little more, you still get the really awesome Thai experience of great weather and peak tourism entertainment. For travelers who want a little risk in their lives, consider coming to Thailand during shoulder season — roll the dice and see what you get: constant rain or sunshine and rainbows. Want to spend as little as possible and don’t mind getting rained in to your hotel room (quite romantic if you come to this paradise with a partner)? Then you must enjoy off-season period of the area.

No matter what time you end up choosing, we’re sure that you’ll find Thailand to be an unforgettable place on Earth (we know we do), definitely worth the long journey! If you have any questions concerning weather in Thailand, leave them in the comments below and we’ll gladly answer them to the best of our knowledge. 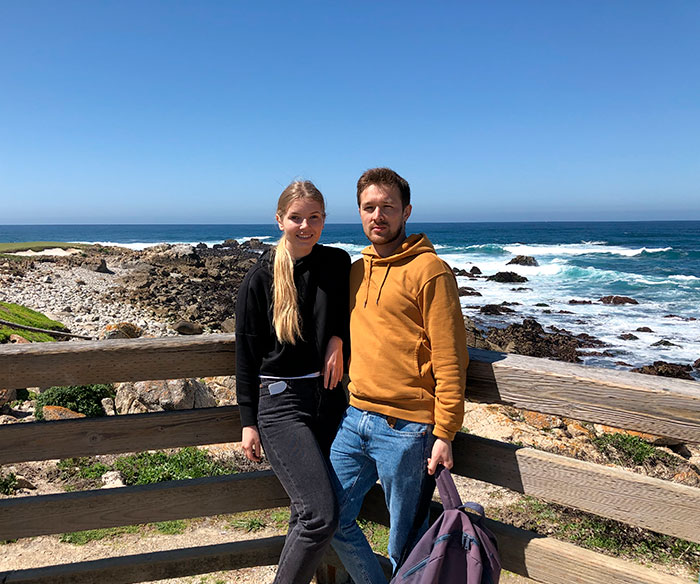